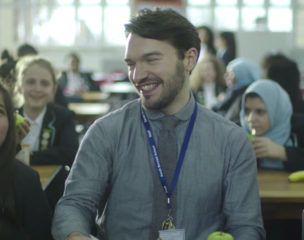 Teach First is the largest graduate recruiter in the UK. Currently there’s a teacher recruitment crisis which has seen pupil numbers rise dramatically while the number of graduates has dropped precipitously. TMP were asked to help address this balance. So we created and promoted an award-winning video for Teach First, which directly drove up interest and leads amongst potential teachers. The video was a great asset but we needed to get the promotion of it in front of the right audience.

Teach First is the largest graduate recruiter in the UK. The biggest challenge they are facing is the UK’s current teacher recruitment crisis. This means that whilst pupil numbers rise dramatically the number of graduates has dropped precipitously.

Since 2014, there’s been a marked rise in the number of people accepting Teach First offers and then pulling out to take up something else. In 2015, this was accompanied by a decline in applications. Our challenge was to find a way to arrest this decline.

Teach First needed to generate large numbers of leads from the experienced hires market. They also wanted to build the Teach First brand and encourage more people to consider changing careers. TMP produced a great emotive video (check it out on the video case study) but if no one sees it then it will not deliver the right results – that’s where the media team proves they’re invaluable.

We created a campaign aimed at career changers and young professionals, challenging them to take up teaching in low-income communities, all centred on an emotive video. We wanted to show people who are already working in a corporate environment that joining Teach First could offer something more rewarding. Particularly if you’re teaching the children in greatest need.

To promote the video we utilised the largest digital screen in Europe, Motion@Waterloo for its global premiere. The screen spans across the gate line of six platforms, Motion@Waterloo is a 40m long by 3m high full motion digital screen, providing 120 square metres of creative space. This is a key statement site conveying brand status while engaging passengers at one of the UK’s busiest stations. As well as ambient, we also pushed the video through social channels – Google PPC, Google Display, Twitter, Facebook, Instagram and LinkedIn to all potential career changers.

“Our outputs have had overwhelmingly positive feedback and most importantly for a charity, we’re beginning to see the results. Traffic has been extremely high throughout the campaign and this is now translating into opened and submitted applications which will, in time, result in more teachers across England and Wales supporting the young people who need them the most.”

The video was watched 83,749 times. This helped Teach First to receive 1,409 applications from young professionals and career changers. And, more are still coming in. As it stands at the moment, that’s a 56% increase on their last campaign. 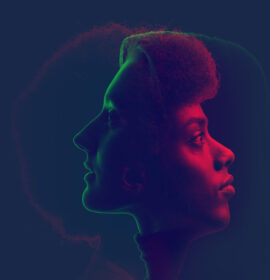