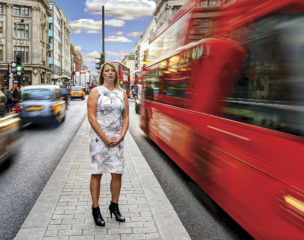 Transport for London: Graduate Campaign with a female focus

At Transport for London (TfL) it is all about keeping London moving. It takes more than 30,000 people every day to achieve this as well as 210 new Graduates and Interns every year. The variety of projects they can be involved in, and have an impact on, is vast.

Joining any one of their programmes is a brilliant opportunity for both men and women, but there’s still a perception – reflected by applications – that is a male dominated career. So TMP were asked to create TfL’s Graduate & Apprentice campaign to help redress this balance.

TMP were asked to develop an overarching creative concept that could be used for the Graduate & Apprentice campaign that would attract the best male and female candidates.

We needed to have London at the heart of the campaign, but get across the variety of opportunity in all the roles they offer. It was also vital to convey the whole remit of TfL, from the Tube, London River Services and Emirates Air Line to Santander Cycles and their iconic red double-decker buses.

With this campaign we had dual heroes: the fantastically diverse assets of Transport for London, and the people who work alongside them on the widest possible range of projects; TfL’s graduates.

We created a campaign that celebrated the current graduates, whilst inspiring and challenging the next generation of applicants to join TfL and help keep London moving. This campaign asked the target audience to compare their future career trajectory on offer at TfL with those of other organisations they are considering.

The messaging we shared was important. People are influenced by people like them; quotes from graduates carry weight with those who could be persuaded to join one of TfL’s programmes. We chose graduates and apprentices from all across the organisation, who are working on exciting projects and asked them to tell us about their experiences, helping us to create inspiring quotes.

All of our visual executions showed graduates against the backdrop of London. The capital is a real star in this campaign. Locations reflect the modes of transport TfL control and the work the graduates do. To inject real dynamism into the campaign we used a slow shutter speed photographic approach to convey excitement, energy and influence.

At the assessment centre the average pass rate increased from 37% to 43%. A third of candidates had visited a TfL stand at a university careers fair and received a TfL brochure. 88% of candidates who had received a brochure agreed or strongly agreed that the branding was effective. With 90% of agreeing or strongly agreed that it was useful and informative. As a result, 98% of candidates rated 7 or above out of 10 for how likely they would be to recommend TfL to a friend, and 68% rated 9 or 10 out of 10.

There were 32,494 clicks across 11 media sites with an average CPC of £1.76. The overall click-to-application conversion rate has been strong at 18%. While Gradcracker has produced the most applications, the best ROI has come from Graduate-Jobs, which has generated 20% of overall media applications despite only costing 8% of the total budget. 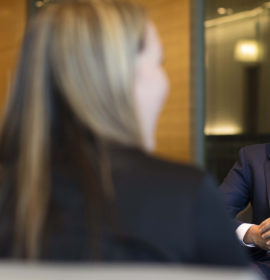 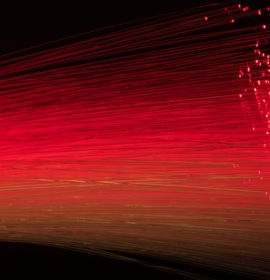 The Fast Stream is the Future Leaders Programme for the Civil Service, providing a route to a Senior Civil Service position. Research had shown that there is a perception by many, particularly within under represented diversity groups, that the Civil Service is not for them as the Fast Stream represents the elite and is not diverse. They, therefore, needed a new creative campaign to show potential candidates what the scheme was about and increase applications from a wider audience.